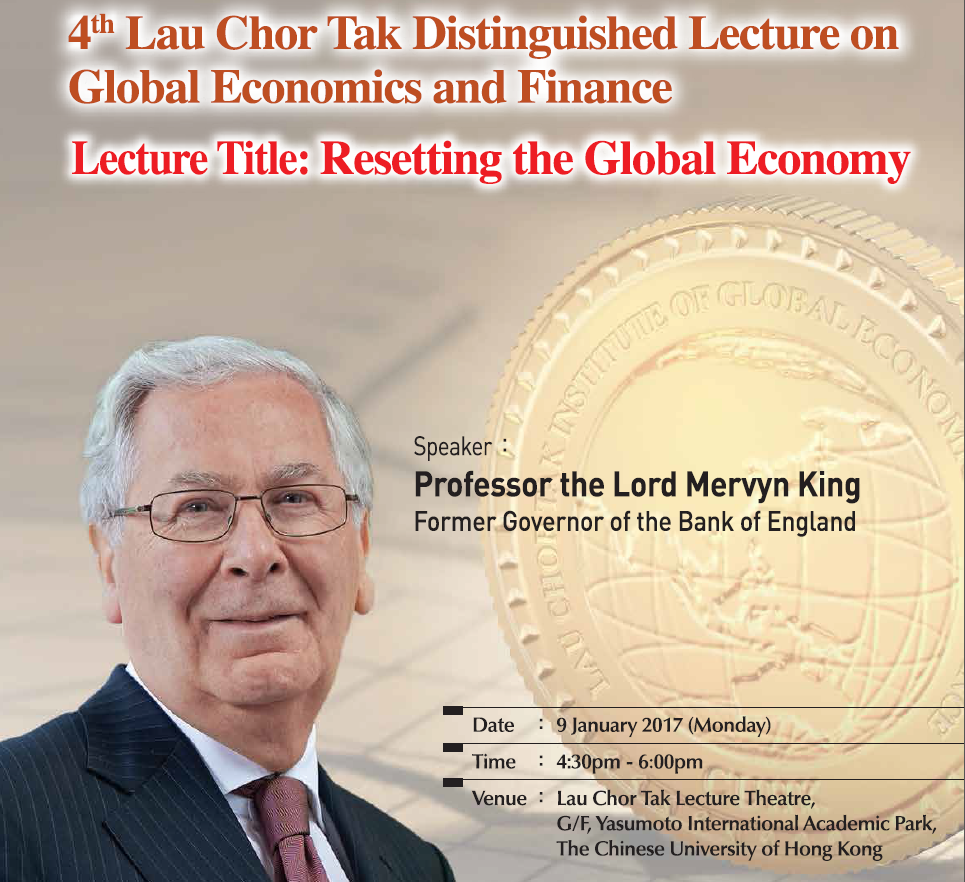 Lord Mervyn King (Lord King of Lothbury, KG, GBE, FBA) served as Governor of the Bank of England and Chairman of the Monetary Policy Committee and Financial Policy Committee from 2003 to June 2013. He was previously Deputy Governor from 1998 to 2003, Chief Economist and Executive Director from 1991, and non-executive director of the Bank from 1990 to 1991. He was knighted (GBE) in 2011, made a life peer in 2013, and appointed by the Queen to be a Knight of the Garter in 2014.

Born in 1948, Lord King studied at King’s College, Cambridge, and Harvard (as a Kennedy Scholar) and taught at Cambridge and Birmingham Universities before spells as Visiting Professor at both Harvard University and MIT. From October 1984, he was Professor of Economics at the London School of Economics, where he founded the Financial Markets Group.

Lord King is a Fellow of the British Academy, an Honorary Fellow of King’s and St John’s Colleges, Cambridge. He holds honorary degrees from Abertay, Birmingham, Cambridge, City of London, Dundee, Edinburgh, Helsinki, Kent, London Guildhall, London School of Economics, Wolverhampton, and Worcester Universities. He is a Foreign Honorary Member of the American Academy of Arts and Sciences, is on the Advisory Council of the London Symphony Orchestra, and is President of Worcestershire County Cricket Club as well as a Trustee of the National Gallery.