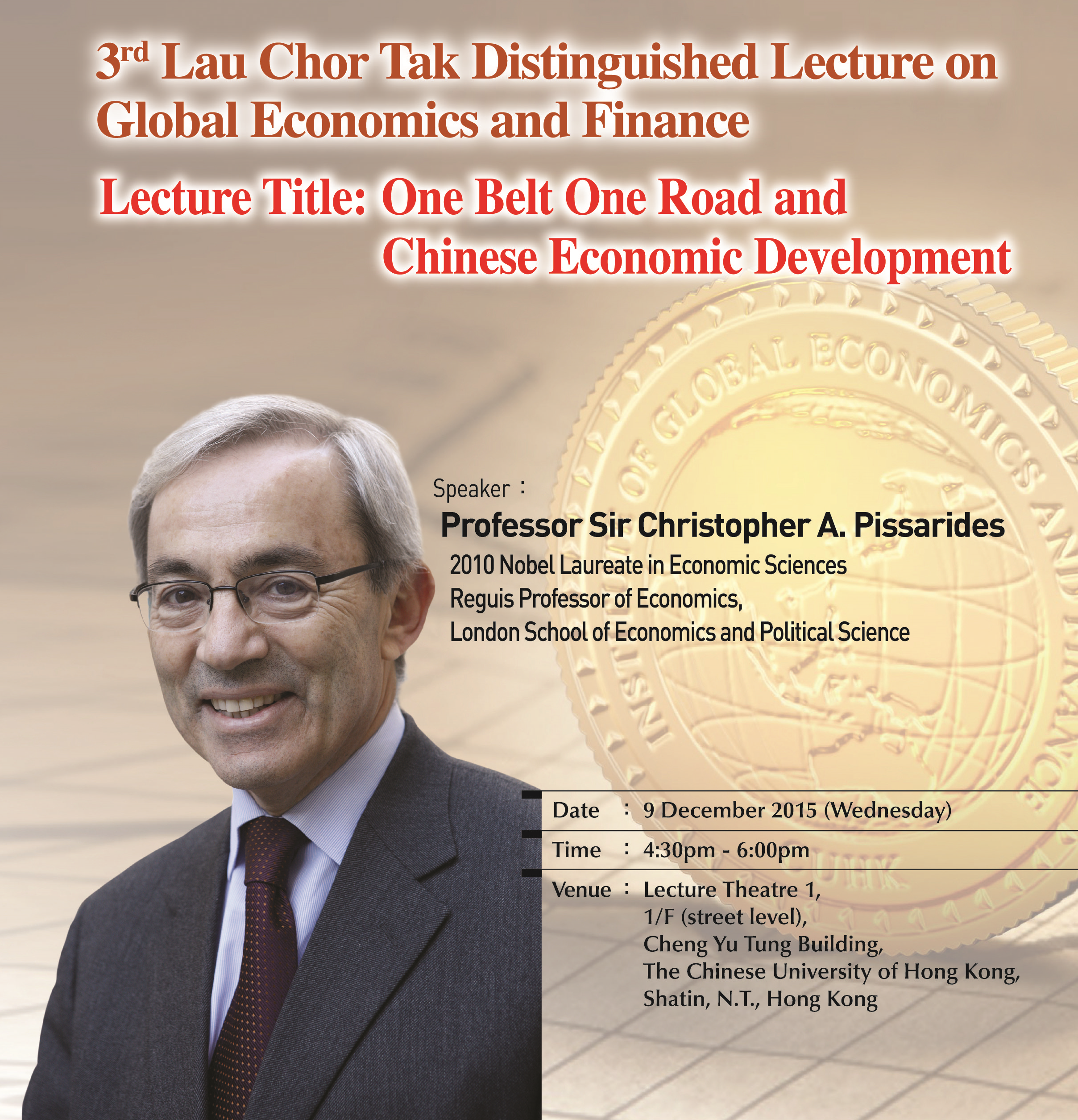 One Belt One Road and Chinese Economic Development

Sir Christopher A. Pissarides is the Regius Professor of Economics at the London School of Economics and Political Science (LSE), the Professor of European Studies at the University of Cyprus, Chairman of the Council of National Economy of the Republic of Cyprus, and the IAS Helmut & Anna Pao Sohmen Professor-at-Large of the Hong Kong University of Science and Technology. He was educated at the University of Essex and LSE, and he spent most of his career at the LSE. He had long visits at U.S. universities including Harvard, Princeton and California at Berkeley.

Sir Christopher specialises in the economics of labour markets, macroeconomic policy, economic growth, and structural change. He was awarded the 2010 Nobel Prize in Economic Sciences, jointly with Dale Mortensen of Northwestern University and Peter Diamond of Massachusetts Institute of Technology, for his work in the economics of markets with frictions. Prior to that, in 2005, he became the first European economist to win the IZA Prize in Labor Economics, sharing it again with his collaborator Dale Mortensen. He has written extensively in professional journals, magazines, and the press; his book Equilibrium Unemployment Theory is an influential reference in the economics of unemployment that has been translated into many languages. More recently he has worked on the economics of the euro area and the European Union and he is frequently quoted in the press on issues concerning European labour markets, the problems of the euro area and Greece in particular and the future of European integration.

Sir Christopher is an elected Fellow of the British Academy, the Academy of Athens, the Academia Europaea, and several other learned societies. He is also a Foreign Honorary Lifetime Member of the American Economic Association. In 2011, he served as the President of the European Economic Association and received the Grand Cross of the Republic of Cyprus, the highest honour of the Republic. He was knighted in 2013.